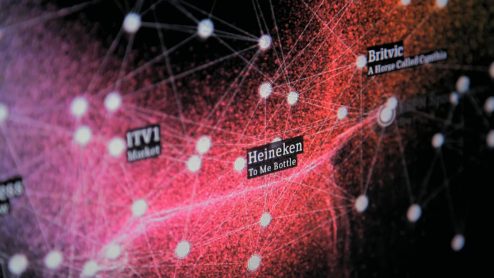 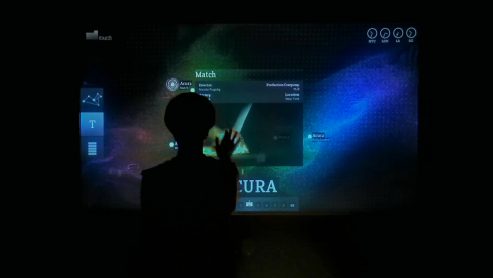 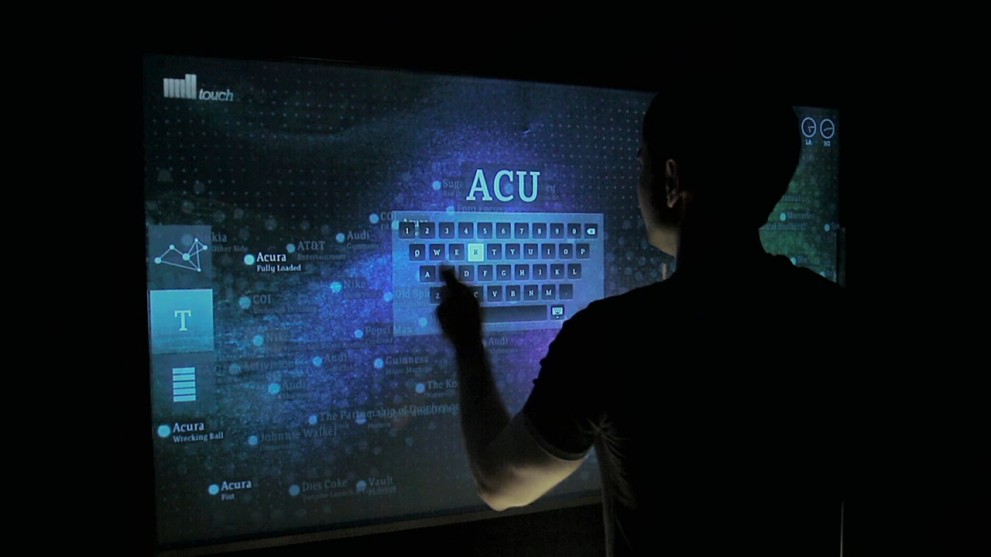 Mill Touch is an incredibly cool touch-screen interface that lives to showcase the equally cool work of The Mill. The primary display reveals a galaxy of info-nodes, each representing a Mill project. The nodes float in a highly responsive celestial space made up of 2 million particles simulated in real time. When one’s fingers move across the screen, the particles and nodes respond to the user’s touch. The users can play with the particle stream or interact directly with the nodes to reveal content, diving deeper into a chosen project.

I developed the core creative concept of the “node soup” as I like to call it.  I found that the visual queues in this approach represented the key informational features of the output:  the tools we use – with their workflow interfaces + the organization of the library of our work equals a data visualization that’s fluid, connected and entertaining.  It was firstly, an organizational approach that then led to a visually appealing representation of the data.